On our last flight (Around Australia), we got to learn much more about one of our team members.

Here is a poem Bob has written for the 4 Deserts Run Adventure.

THE FOUR DESERTS RUN by RJF

We’re headin’ off up north again,
This time for a bit of leisure.
With Dave, his crew, and the chair in tow,
To fly across the deserts, where few will ever go.

First nights stop at Leigh Creek where a beer or two we’ll share,
Then up early the next morning,
For a trip around Lake Eyre.

Then off to Cadney Homestead, fly across that stony plain
Have lunch and pick up fuel,
Then track north west again.

This time we’ll follow the railway line,
And if all goes to plan,
We may get some photos of the planes,
In formation with the Ghan.

A slight detour for Mt Connor, with a loop around or two,
Then over to Yulura, for some time at Uluru.

We’ll leave the ROCK after a couple of nights,
Less our wallets feel the strain,
Track north-east through the canyon,
Back to the Alice once again.

Leave Alice for the Tanami track,
Spare fuel we’ll have to bring,
To finally land at supplejack,
Where the musters in full swing.

With helicopters flying ‘round, and cattle everywhere,
Getting aircraft on the ground, will need a lot of care.

Depart the station in the dawn, this time heading west,
And out to Wolfe Creek, for some photos,
While the light is at it’s best.
Around the crater a couple of times, just to prove that we’ve been there,
Then turn the planes up north again, in that clear morning air.

Halls Creek, Bungle Bungles, Lake Argyle pass us by, and into Kununurra as we’re starting to get dry.
Aircraft refuelled and all tied down, the maintenance checked alright,
We finally put the blankets on and kiss the planes goodnight.

A few days off to see the sights and meet with friends of old, and maybe catch a fish or two, a barra would be gold.
But if we have no luck at attracting them,
On yabbies worm or grub, I know a bloody good fish shop just opposite the pub.

The time has come all to soon, we must be on our way,
Unwrap the planes, check the fuel and fly another day.
Out through the gulf past Wyndham,
Around the Kimberly coast we plot,
Keeping company with the Jabiru in old Sir Lancelot.

We turn around the headland, past many bays and yachts, and very soon we’re landing at the base they called Truscott.
It was a secret north west airfield built in’44, from where my brother-in-law flew the fighters, that helped to win the war.
They’ve waived the landing charges, and given us a trip, amongst the many wartime relics, scattered all around the strip.
But all to soon it’s over and we’re back up in the air, tracking south for Drysdale River, a few quiet drinks we’ll share.

With good friends ‘round the fire, in those cold clear northern skys,
And as the night progresses, there’s sure to be lots of lies,
Well perhaps not lies, but still and all,
The stories that pilots tell are known to be quite tall.

An early start at Drysdale, we check the planes with care,
500 miles we’ll see today of the Kimberley coast by air.
To Talbot bay and the Horizontal Falls, a circuit or two we’ll do,
And get a couple of photos just to prove we’ve been there too.
Northwest we fly across that coast for thirty miles or more, to touch our wheels on Cockatoo,
An island, of iron ore.

A splash of fuel, eat our lunch, visit the rest room,
And soon we’re winging south again for a night or two in Broome.

Leave Broome and head for Warburton near 600 miles away,
The Great Sandy and the Gibson Desert, will hear us pass today.
We’ll need a break about halfway for fuel, and to have a p—
So we land on the Canning stock route, at Raeleens roadhouse, Well 33.

A night we’ll spend at Warbuton, not much time to look,
Then across the Victoria Desert, fuel at Forrest, and up to Cook.
And if our luck is going well, and our timing is specific,
We may get the chance to fly beside the mighty Indian Pacific.

A short hop across to Nullarbor,
That motel in the Bight, and drive the planes up to our rooms, where we stay another night.
As the sun goes down on the Nullarbor, we reflect on what we’ve done, flown across the Aussie Continent,
On our Four Deserts Run.

The trip is not yet over, though we’re getting near the end, one last night in Augusta,
And it’s off to TOORADIN,
And while we’re having drinks that night,
I’ll shake ‘em up no end, by suggesting that we turn around and do it all again.

And each one there,
Has one thing shared,
They have sweated beneath the same sun,
Looked up in wonder at the same moon,
And wept when it was all done.

One thought on “Bob, the bush poet is back!” 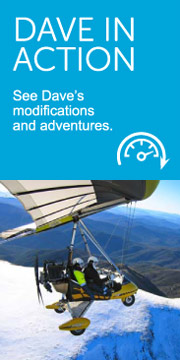