Since the last time I wrote a lot has happened!

I’ve been beamed around the world by the Federal Police, the planning for the trip is really starting to shape up, and I asked a lovely lady to marry me.

But let’s start from the beginning…

After the Birdsville trip, in November 2011 the newly formed Disabled Pilots Association of Australia held their second fly-in up at Griffith, New South Wales. We visited an airshow in Temora. It was great experience flying in with so much air traffic. It was 38 degrees in the shade and the spray bottle couldn’t keep up! Lucky the flying club had aircon! The way back got a little bumpy, but I only hit my head on the roof twice… 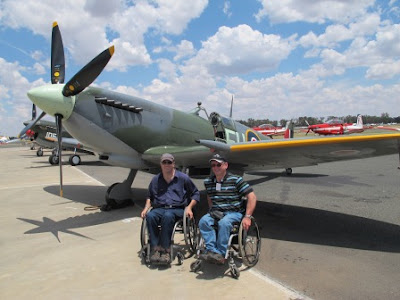 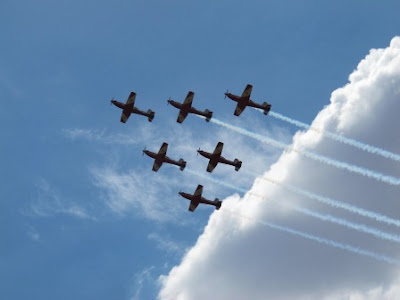 In December I was invited to Canberra to help launch the Australian Federal Police’s Disability Action Plan. It was a great privilege to present to senior managers as well as being live streamed to AFP officers around the world. The launch was held during the week of International Day for People With Disability. 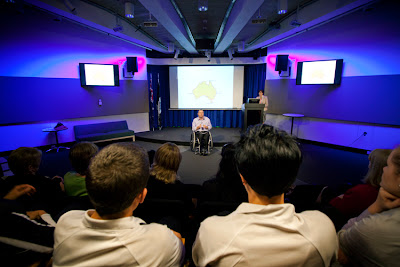 Presenting to the Australian Federal Police at their headquarters in Canberra

I also presented at the Sandringham and Dromana Rotary Club meetings. I really enjoy giving these talks. It’s nice to give something back to those that dedicate their spare time to helping their local communities.

The project planning has been steaming ahead. Two pilots have volunteered to accompany me on the trip around Australia, flying their own planes, paying their own way and carrying my personal carer and trip coordinator. Gordon has paraplegia and flys a Piper Archer and Bob flys a Lance. This is a tremendous gift to On a Wing & a Chair and will mean that, although we still need some donations, we no longer need a major coporate sponsor.

I’ve revised and finalised the itinerary, reducing the trip from seven to four and half weeks. And we’ve produced an information pack for potential volunteers and supporters to donate accommodation, transport and various equipment. 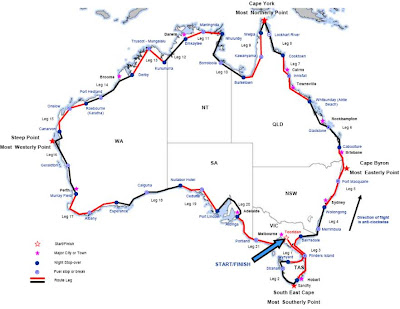 The Round Australia Trip stopovers
Let me know if you can help out with accommodation or transport!

Summertime also means lots of flying trips (when the weather holds out!) My girlfriend, Linda and I flew to Echuca, Warrnambool and Bright. And on the weekend just gone, we flew to Bendigo for the day. We lazed in the shade of the trees in Rosalind Park and I asked her to marry me. Funnily enough, she said yes!

Lovely Linda agreed to marry me!