I was planning on going to the NatFly (National Fly-in) at Temora over the Easter weekend and get back on Sunday so Lida (my support crew) could get back to work, however as the engine on my aircraft wasn’t being totally cooperative I decided it would be best to go straight home from Broken Hill. Good decision!

Although it had moments of running rough, I knew the engine wouldn’t stop, and the rough running was only periodic. On the flight from Broken Hill it was really nice, smooth air, aircraft purring along, and the scenery was slowing changing with more roads and buildings coming into view.

It’s funny how I got used to the empty landscapes, devoide of civilisation, in such a short time. It was a a novelty to see more cars, crops and the expanse of towns towards the Murray River. 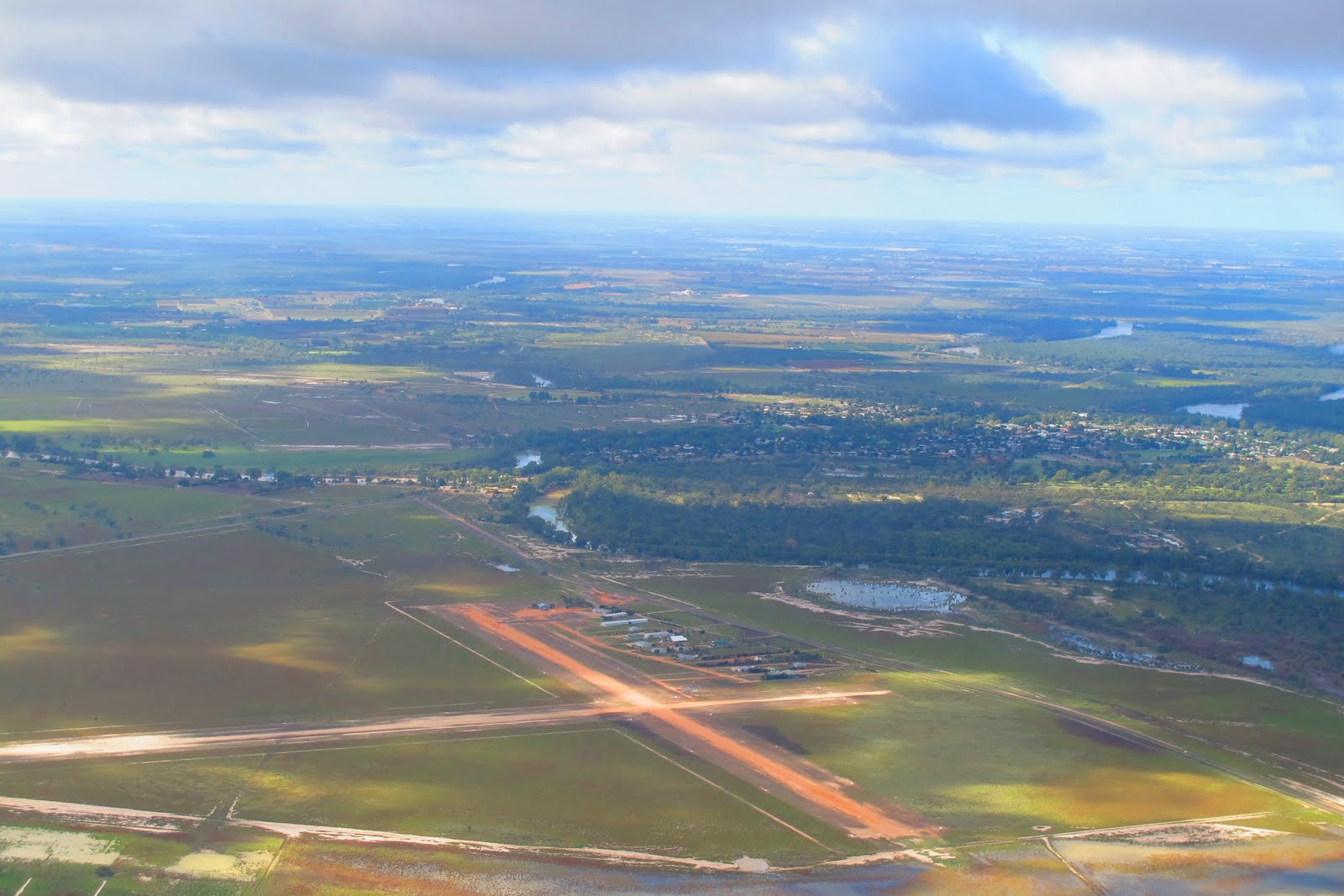 Just after passing Mildura, the engine started to run rough again, so I cleared it by throttling back and up again. This seemed to cure the problem. As I got closer to Swan Hill, it became much more consistant, so I decided that this would be the final stop. 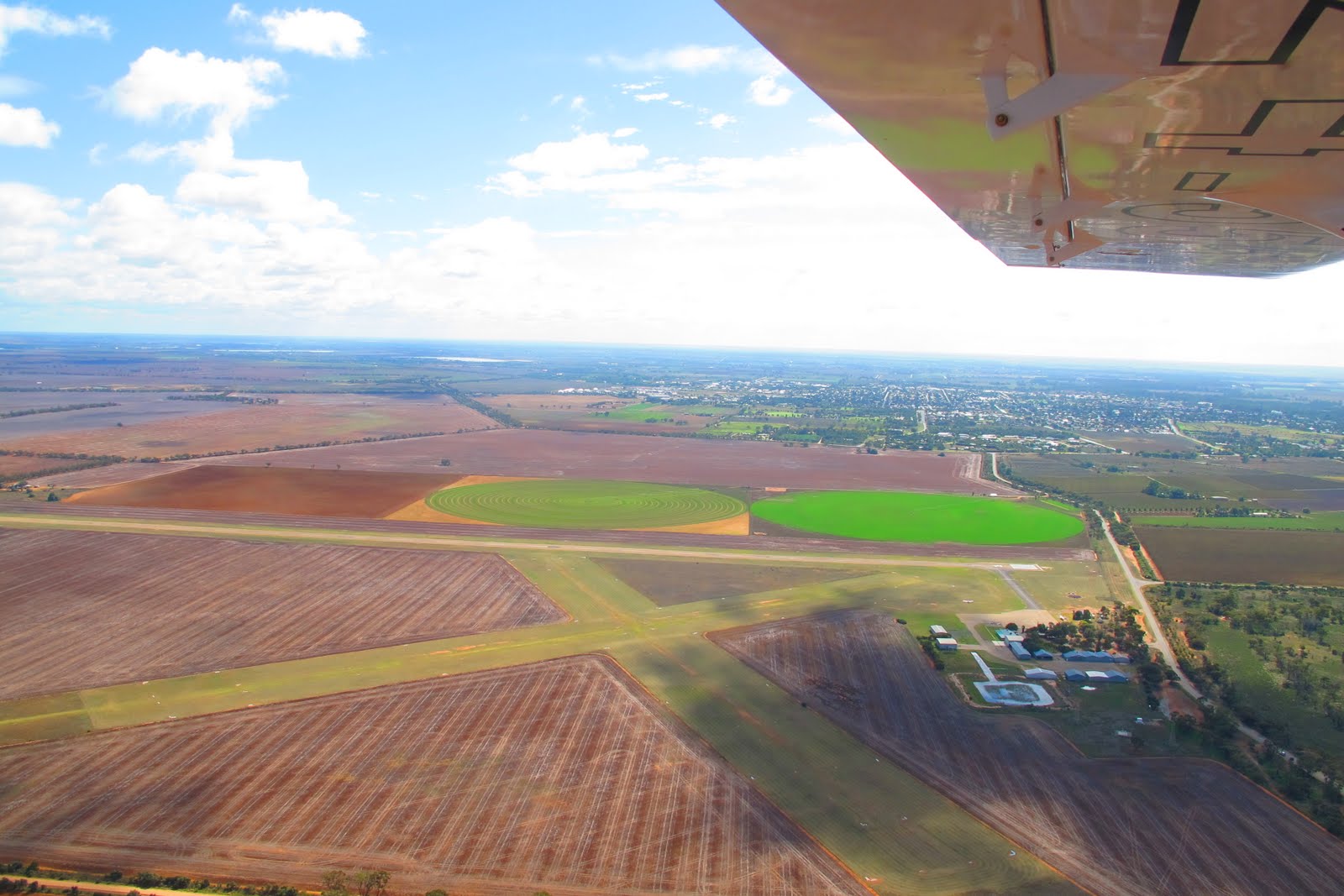 Overflying Swan Hill with the town in the distance.

If I continued, it probably would of got me home, however I’m not willing to take the risk – to my passenger or aircraft. Its disappointing not to make it back, but better to play it safe and fly another day.  Thats flying for you!!

V/line had a train leaving at 4pm so it worked out well. We tied the aircraft down, so glad I got the cover for the aircraft from Punkin Head Airsports to keep the water out with the rain, contacted Cliff Banks of Sun Centre Ultralights and he will look at the engine on Monday, then went to the  RSL for a couple of beers. 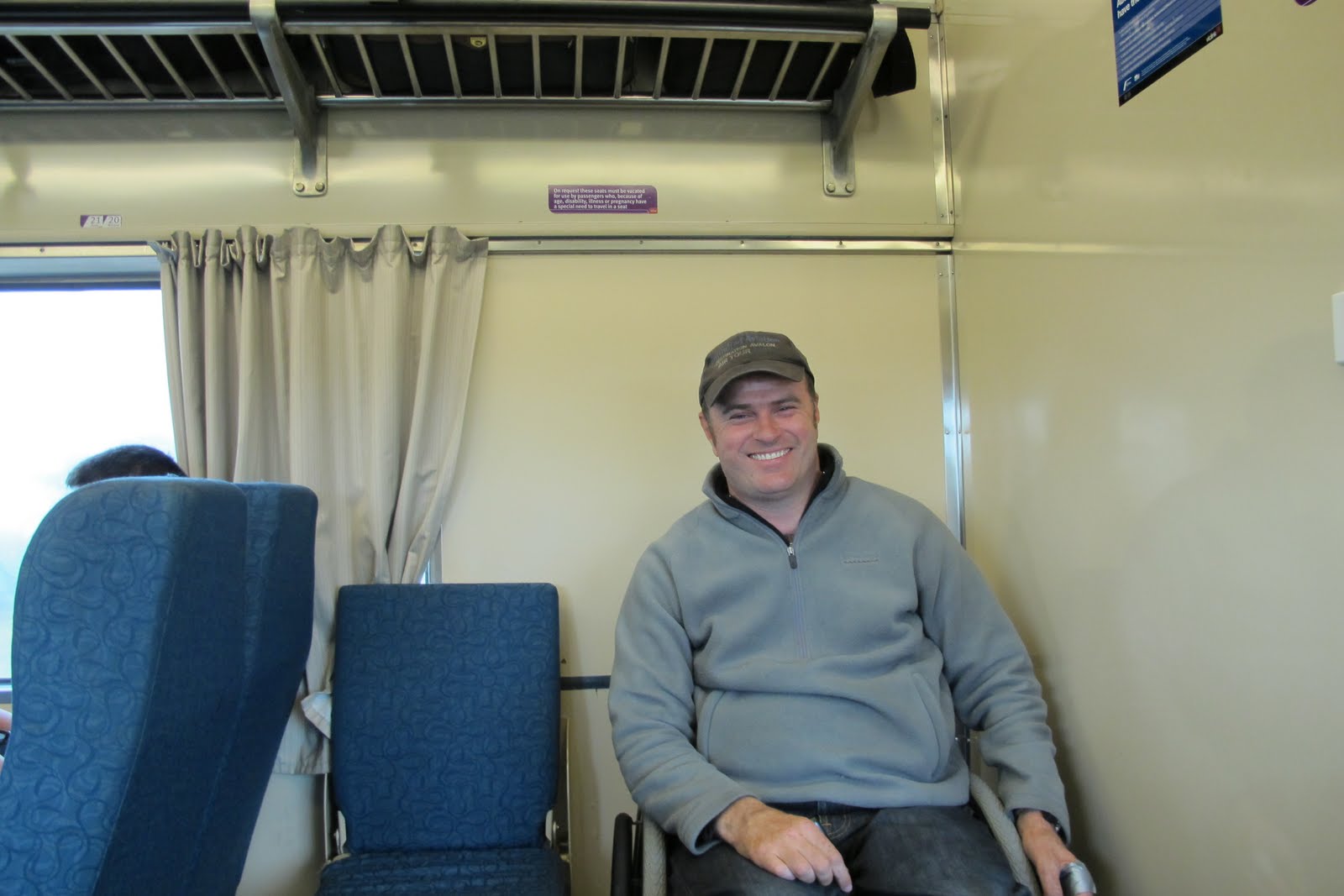 Out of the pilots seat and now the passenger. Damn!

Hopefully, it should be something fairly simple and I will go back to Swan Hill next weekend and fly it back home, which will officially complete the Central Australia Dream flight – with not quite the dream ending!

It was a great adventure, with many experiences, a few stressful moments, many fun ones, and met some great people. I have learnt a lot from this experience which will help in planning my solo Around Australia Flight.