My parents dropped myself and Lida off at the airfield early on Friday morning to make use of the calm air for the second flight over Lake Ayre on my way to Coober Pedy.

It was great to catch up with them and spend the time touring around – I wouldn’t of been able see the area from the ground without them and their 4wd!

I refueled at Maree, had a chat to a pilot as to what areas are best to see and headed back over Lake Ayre to see some different parts of the lake. It was better this time being earlier than the day before.

The air was smoother as the heat of the day hadn’t created many large thermals and the air was much clearer that made the colors more vibrant. 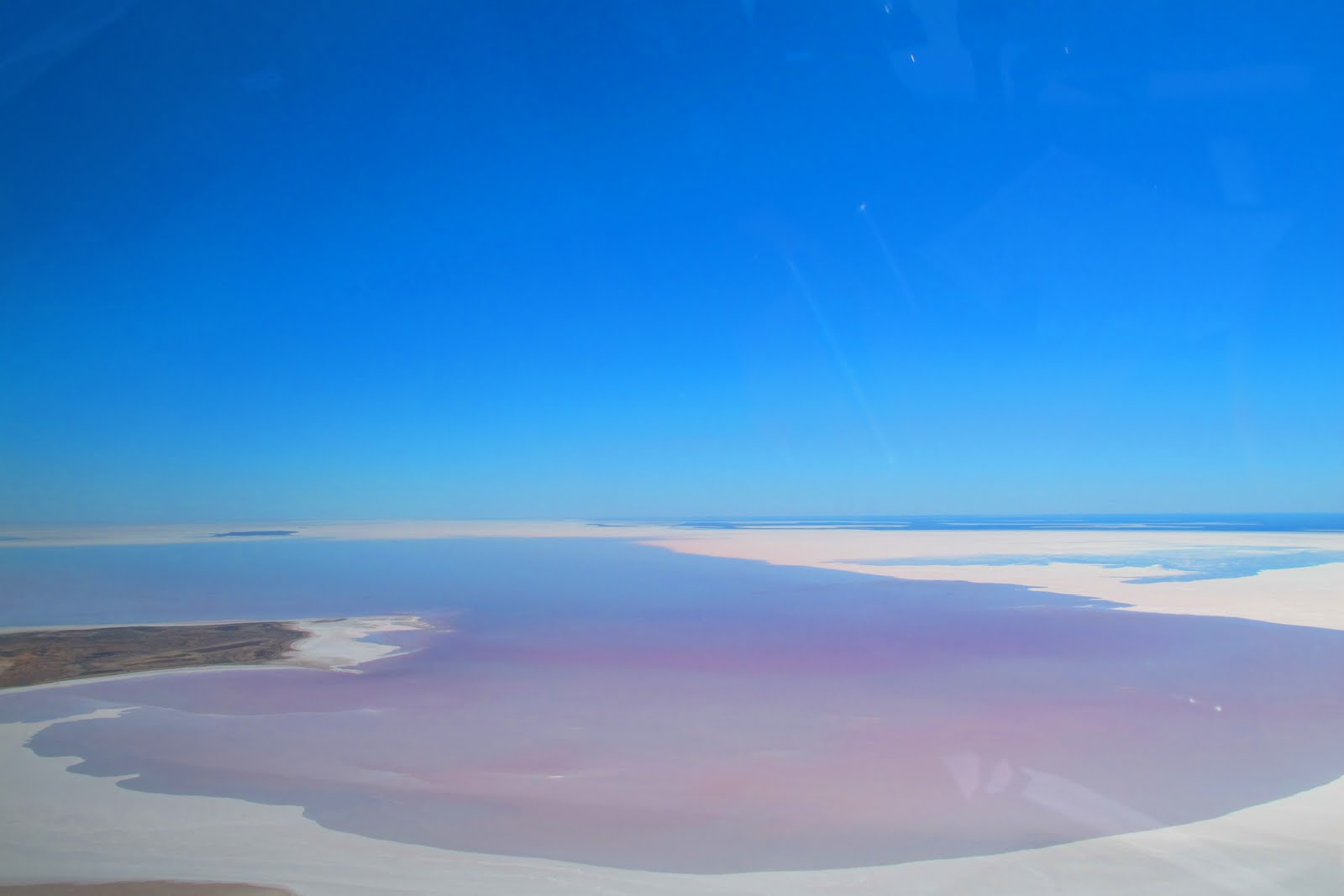 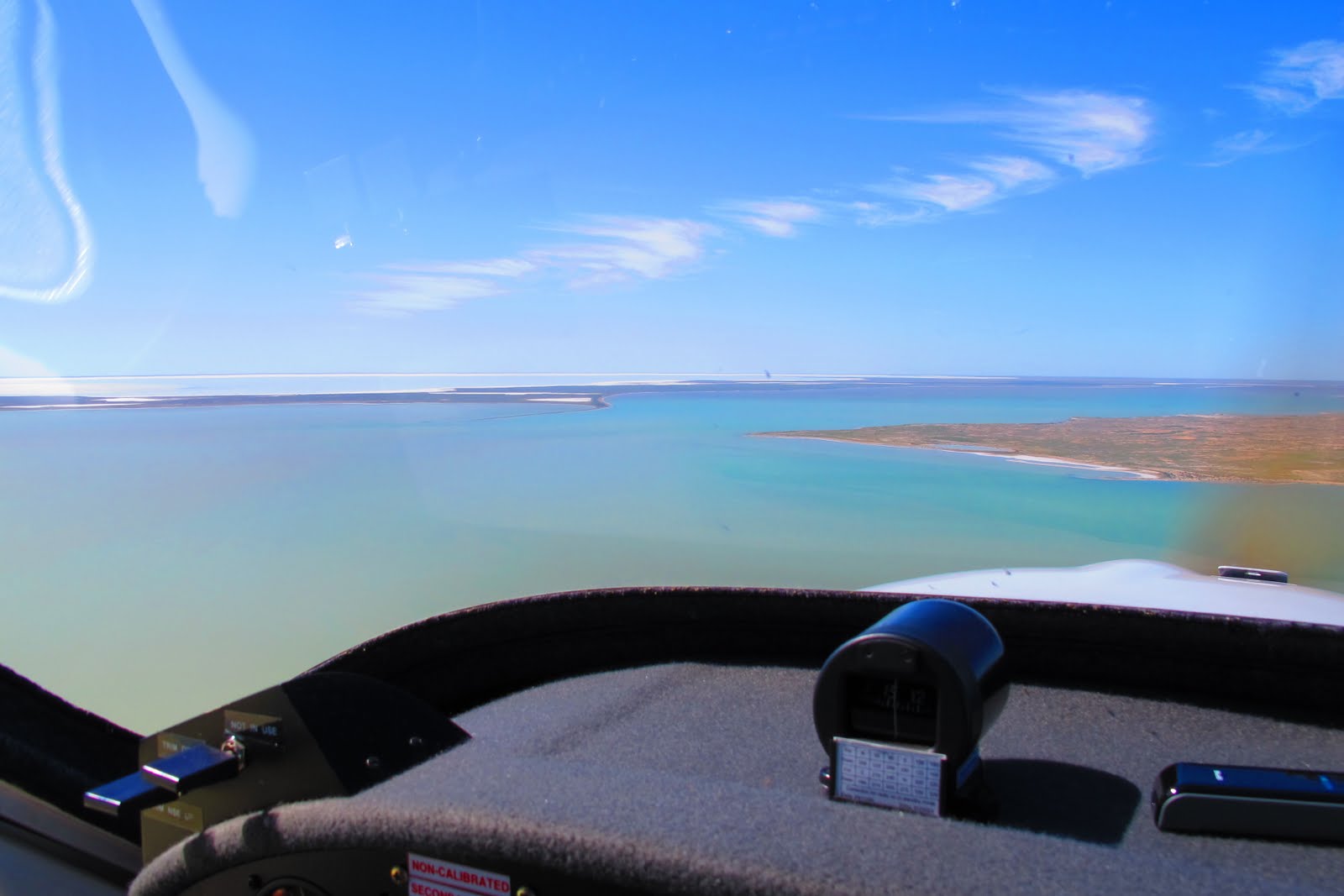 After a bit of low level fun (always at 500ft agl), I headed to William Creek to refuel again, get some oil, and have lunch. By this time it was getting really hot and the huge thermals were really pumping. I had to tighten the seat belts a bit more to stop our heads hitting the roof! However, I’ve had worse in the microlight I used to fly!

There isn’t much at William Creek – a small General Store/joy flight booking office that doesn’t have much and the Pub. The people were really friendly, always up for a chat, and they let us sit inside the store as I was really feeling the heat and needed to cool down a bit before doing the last leg to Coober Pedy. A lot of pilots come to these areas for a few months while there is the peak season and move on til the following year. 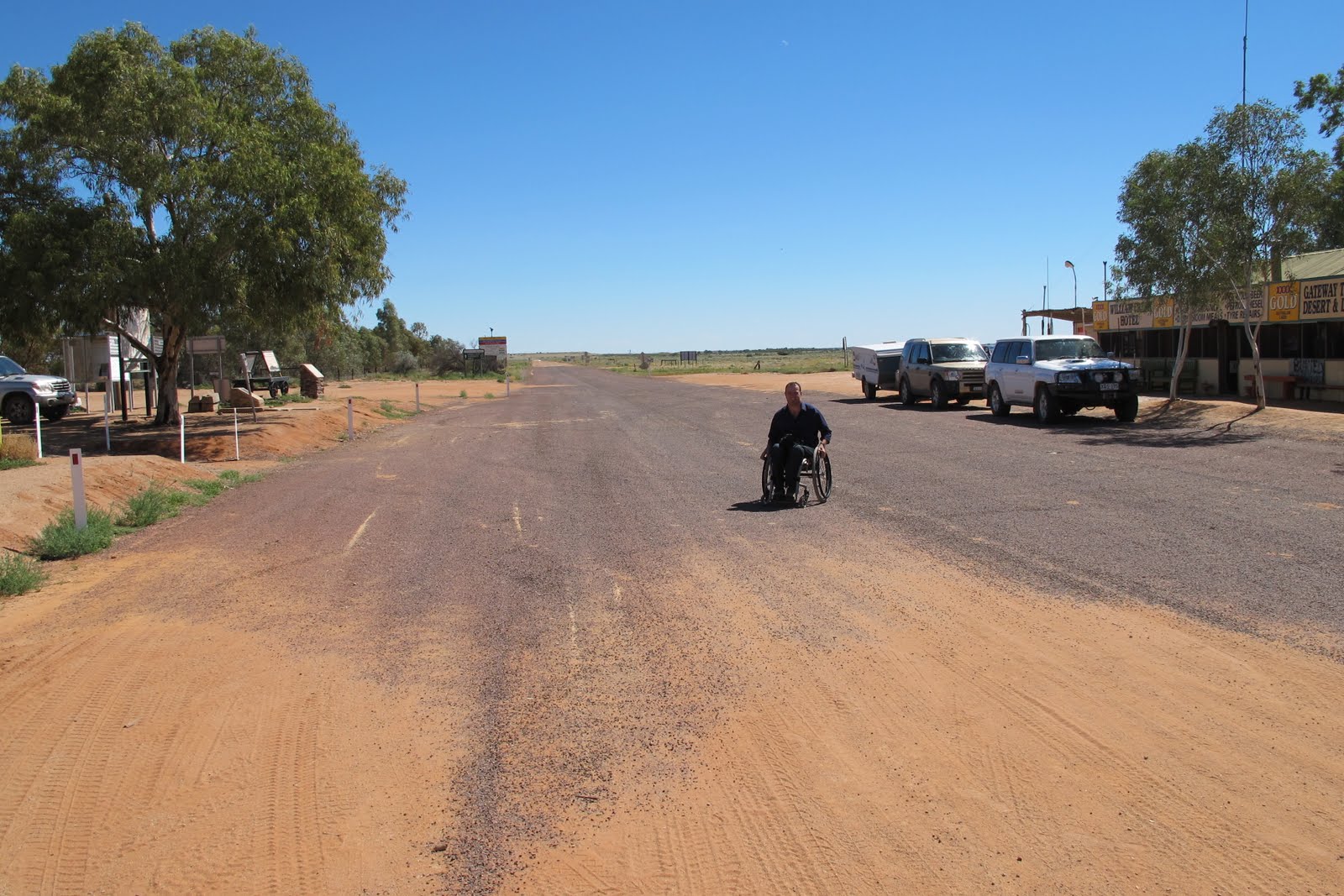 Flying into Cober Pedy was a sight! It looks like there has been swarms of ants digging ant hills, as there are hundreds of piles of spoil from the opal mining all over the place. 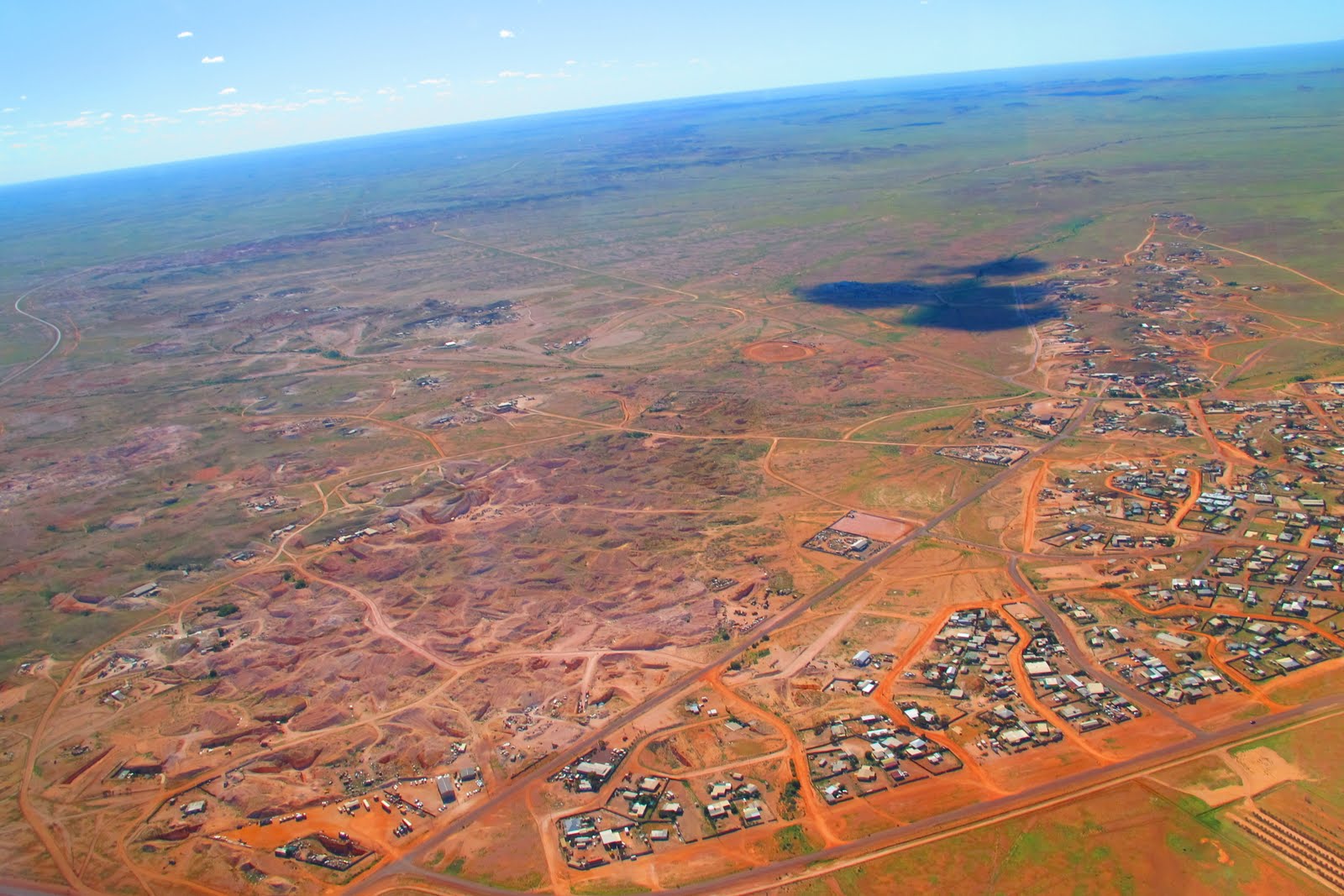 The people are really friendly, so are the flies. When you open your mouth, half a dozen try to see what you had for lunch. We did some touristy things today after a good sleep in as I feeling pretty exhausted at the end of each day. We went to the mining museum which is well worth a look and the underground Catholic Church next to our hotel – very unique! 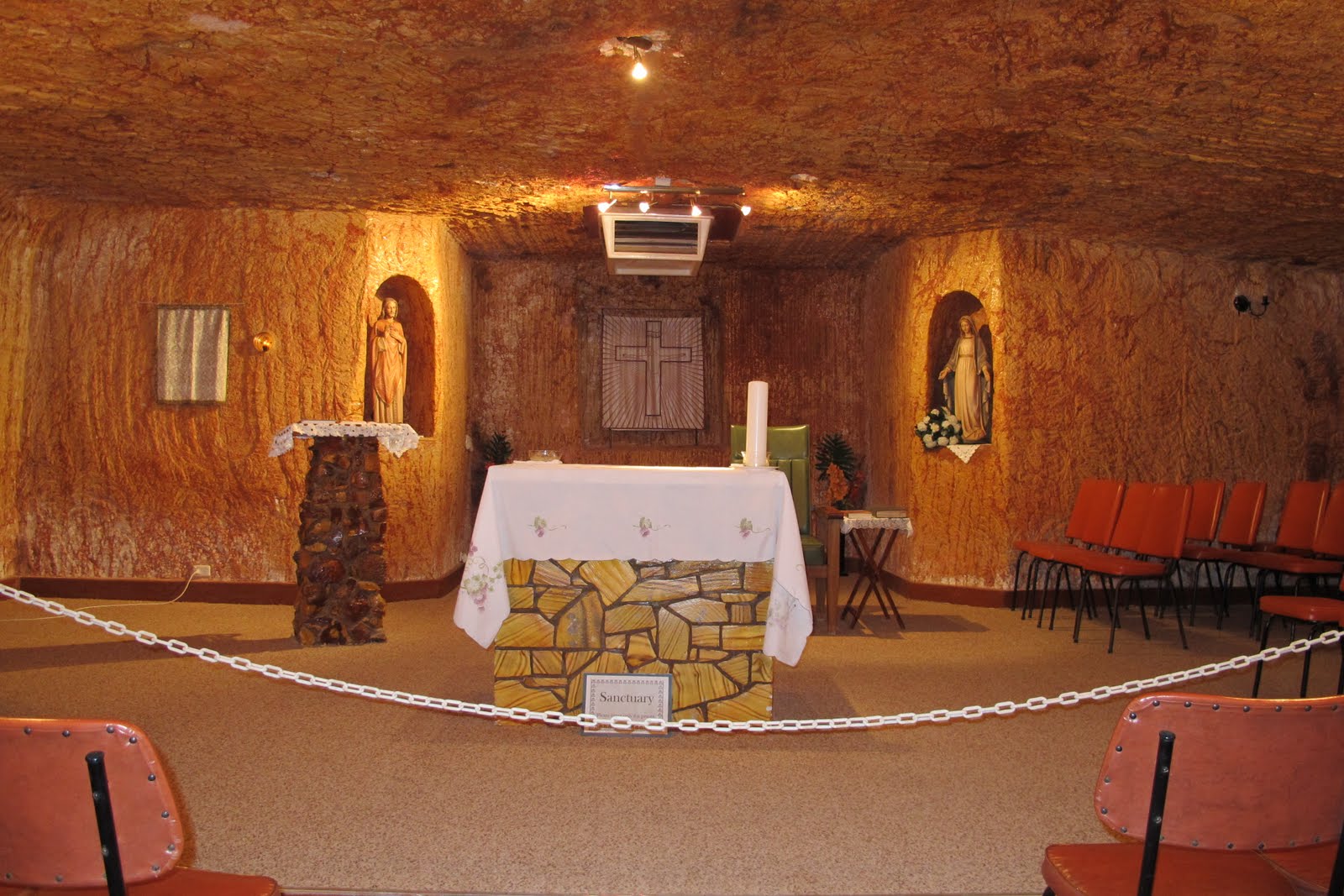 As a lot  of people live underground in dugouts, so I thought I better get the experience. My room is 3m underground! Underground, the temperature is a constant 24 de Call year round without heating/cooling, now thats sustainability – well apart from the lack of water! And I can get into this shower! 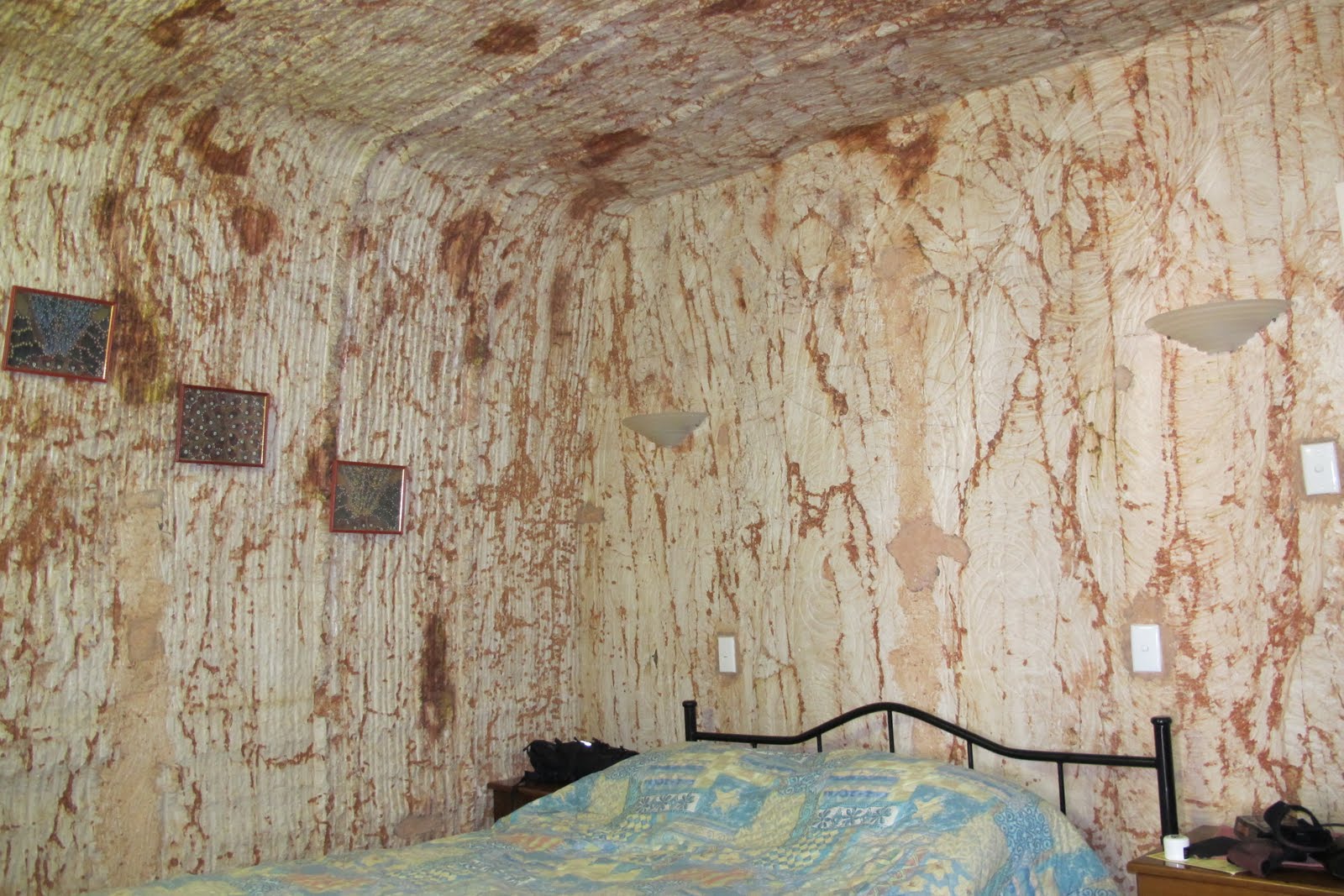 Off to  Ayres Rock tomorrow, so stay tuned.