I haven’t been able to do a blog for a few days as the internet available at Arkaroola didn’t work most of the time.

Next time I will invest in a satelite phone internet connection, so I’m always in touch!
I’ve had a great couple of days, been tiring but great!

After leaving Murray Bridge I refueled at Port Augusta, and luckily I was able to get some oil as after the reconditioning done on the engine it has been burning a lot of oil, which I hadn’t planed on. I’m hoping the oil consumption wont get any worse, just have to wait and see what happens. It is playing on my mind a bit though! 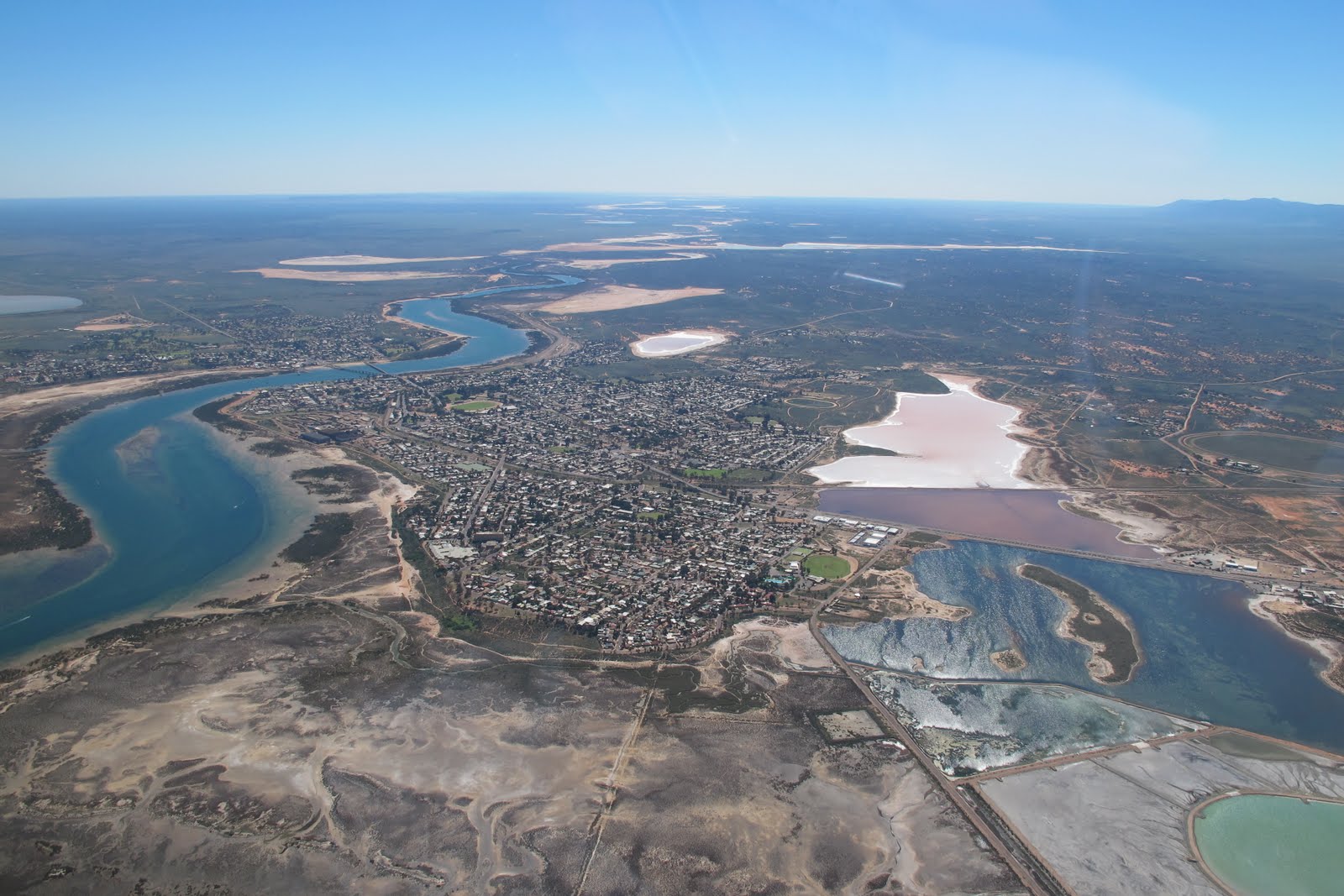 On route to Arkaroola I flew over Wilpena Pound that I had wanted to do for many years but just never got there. The Pound is like a crater that is surrounded by a mountain range. It was really spectacular it, the photo’s I took don’t do it justice. 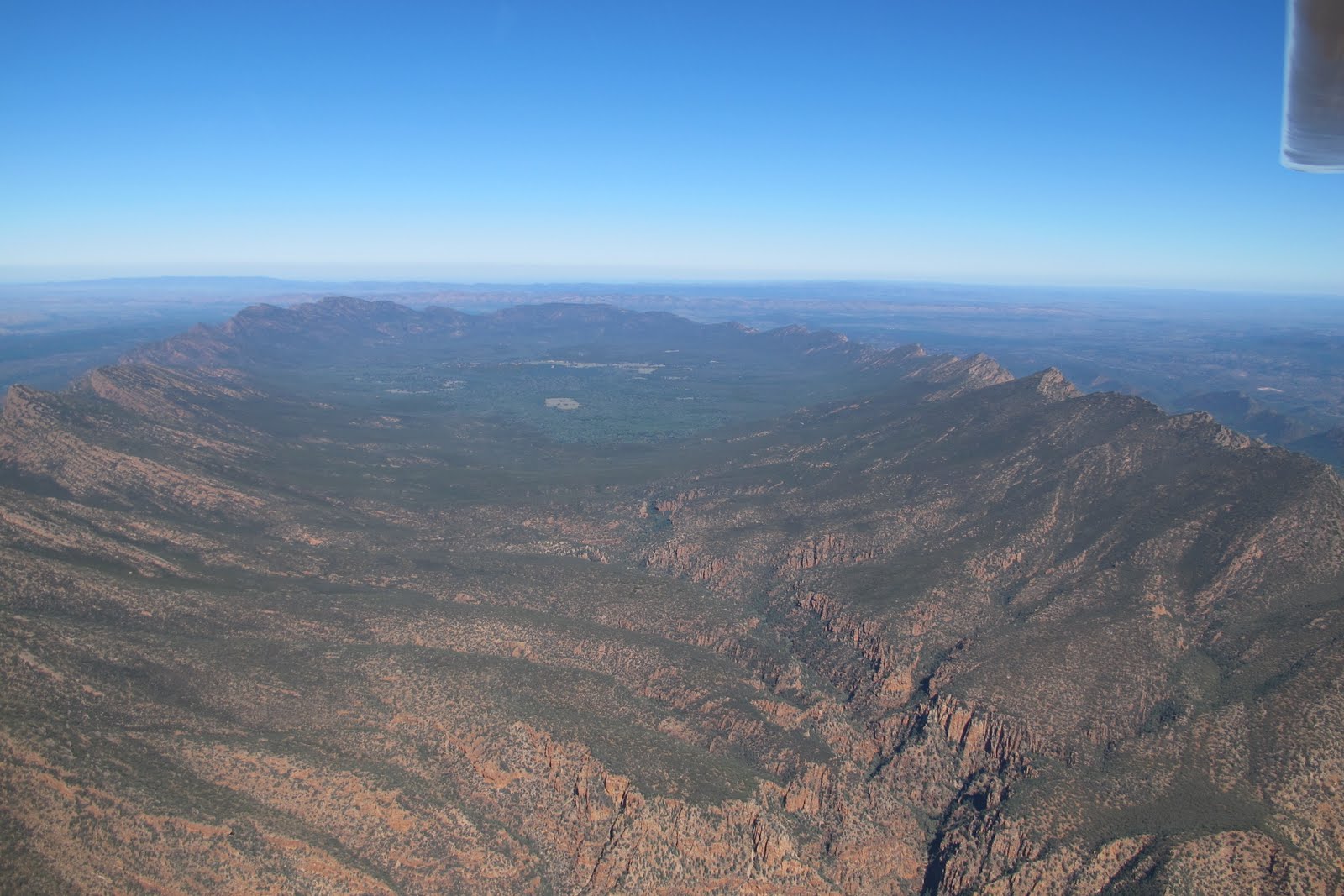 Following Wilpena I got to our final destination for a few days at Arkaroola South Australia and caught up with my parents. Its a very harsh but beautiful place at the top end of the Flinders Ranges.

The landing was really fun, the strip is very short but it slopes up hill when landing from the south so if you don’t get it right with the approach you can hit pretty hard or overrun the strip.

I got it down well, but I like these little challenges as it keeps you on your toes,and I get a bit of a kick out of it!

Check out the two part youtube videos of the landing:

On Wednesday we went out to some of the water holes that don’t usually have water, with the red rock and red gum tree’s looking so vibrant with healthy green leaves, it was a rare sight. 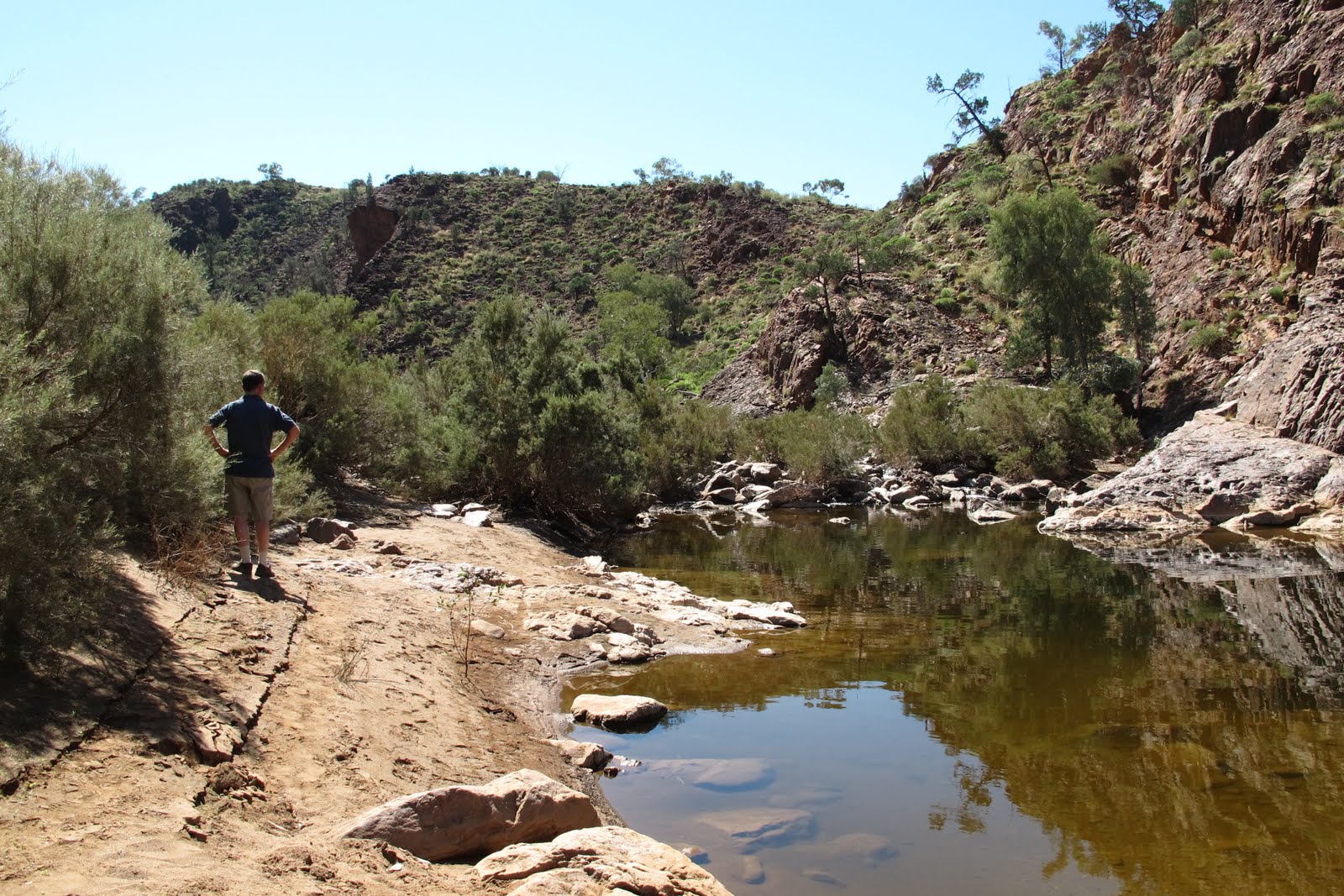 I met the local chopper pilot George Hancock of Helivista, who runs the local scenic flights at Arkaroola and offered to take me up. I think he noticed my glazing eyes when he told me about what he did, so had to put me out of my misery and take me up.

With no doors, it was great fun, my first time, very differnet from my fixed wing, and as its so manoverable you can fly realy low around the ranges. There was a moment of jealousy! 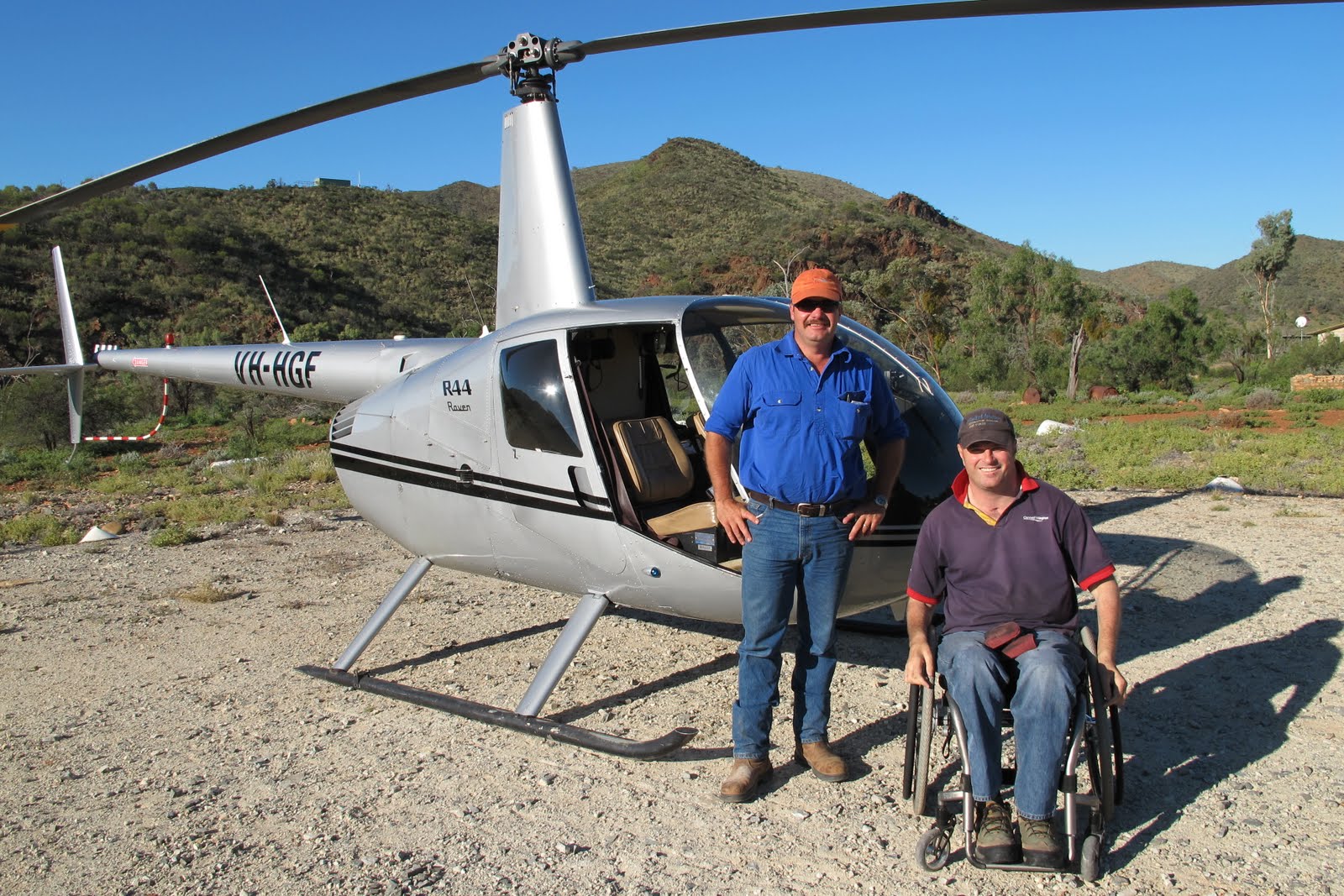 I have never taken my father Brian up in my Jab even though I’ve been flying it for two years, so I  flew him to Lake Ayre to look at the water, a once in a life time experience.

The expanse of water is so vast, and its not full yet, the water streatches as far as they eye can see. Its an amazing sight, but one of the unusual things was the lack of bird life. I was told as there is so much water elsewhere they haven’t come. (Check out more Lake Ayre photo’s in the next blog). 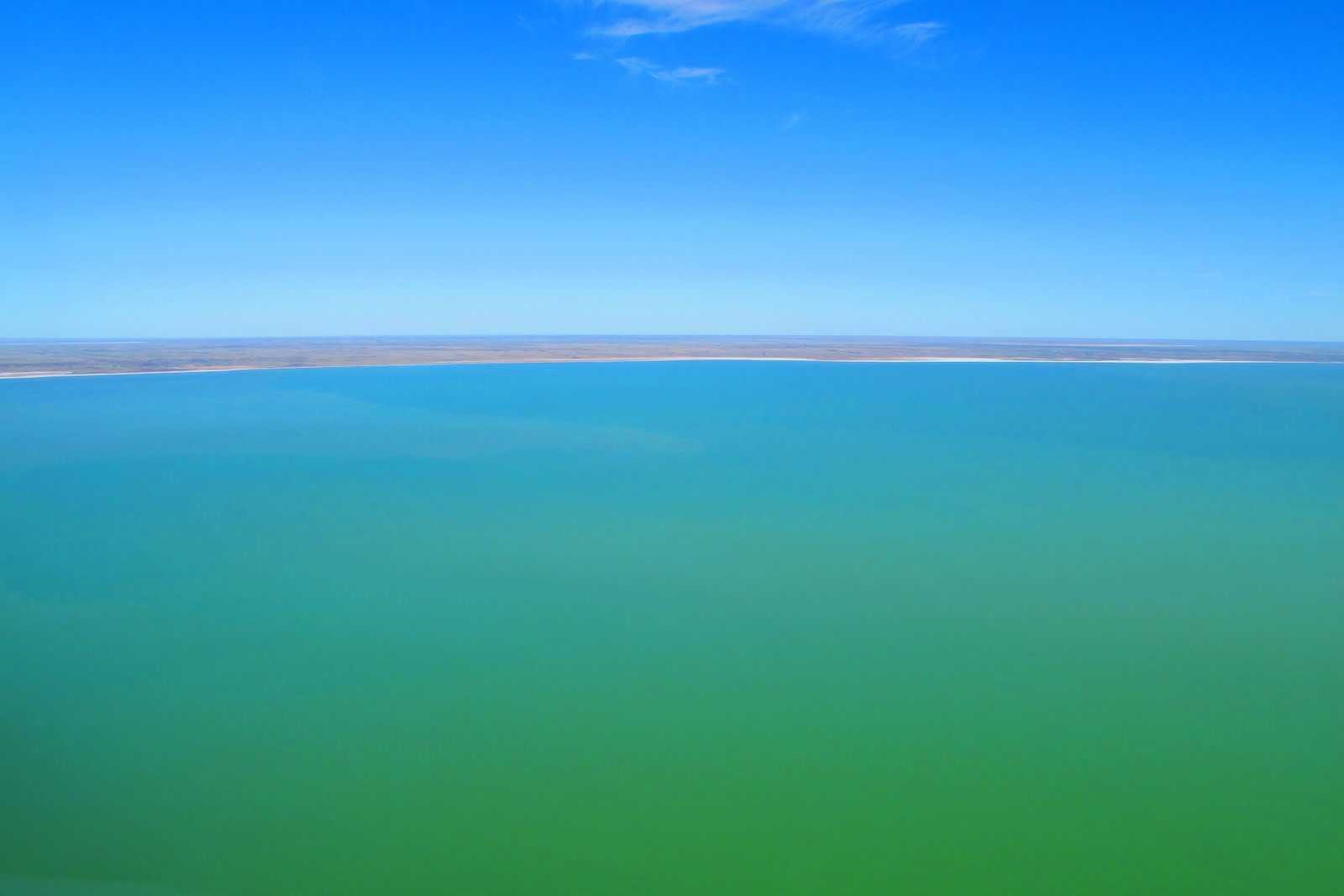