I find that when things don’t always go to plan, and you have to get out of an unexpected problem or situation, you tend to learn a great deal.

In July last year, I flew with a group of other pilots to Broken Hill to see the Paroo River in flood as it joined the Darling River – an extremely rare event!

It was a great trip, with such a spectacular contrast of the barren, but colourful landscape with the dried lakes now full of water. 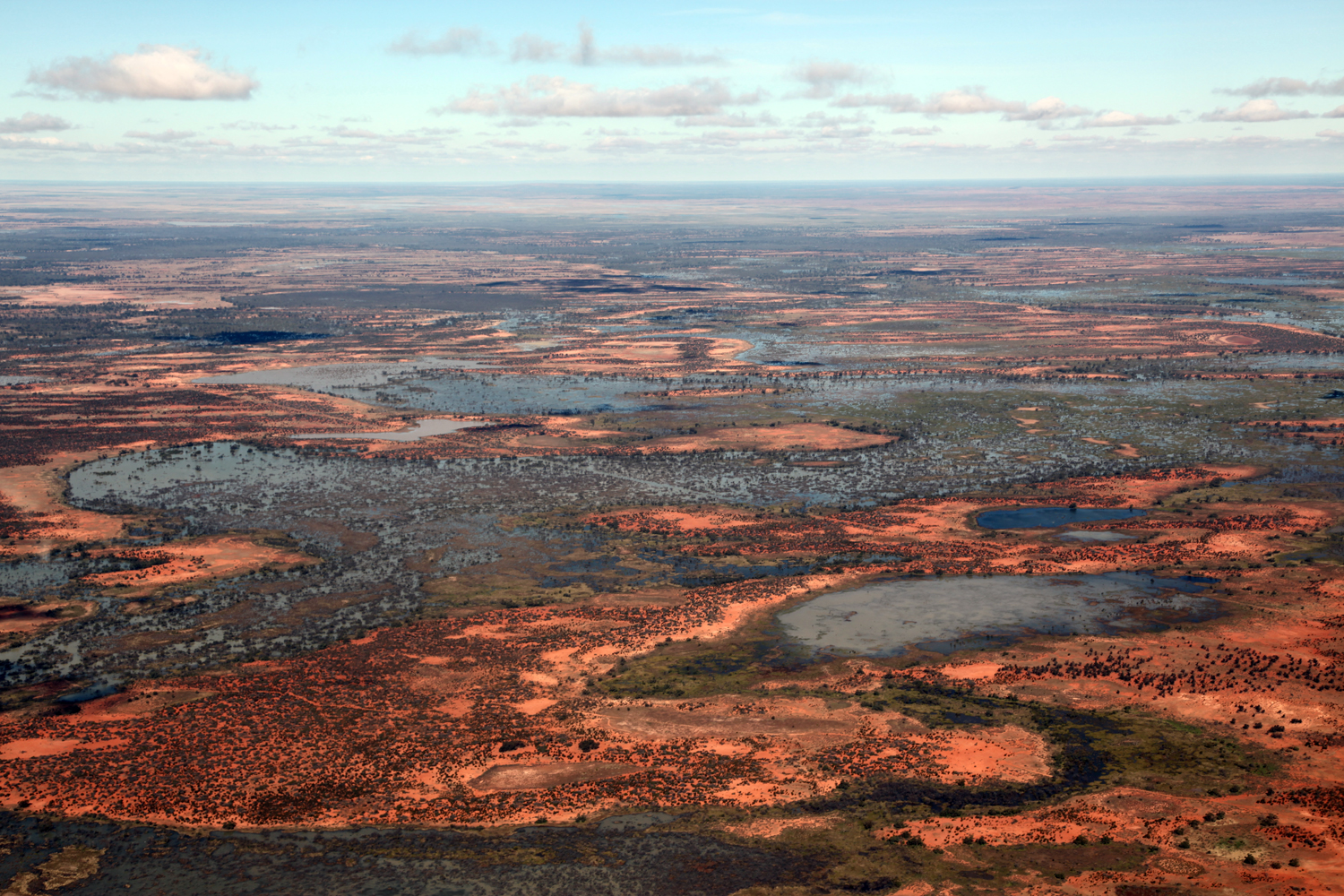 On the flight back to Tooradin, we landed at an abandoned airstrip on a cattle station south of Broken Hill. When we went to leave, I couldn’t get full power on take-off and had to abort which was very unexpected.

I couldn’t work out what the problem was, so I was in a bit of a dilemma with no communication in a very remote part of the country and the other pilots had to get going as daylight was running out. 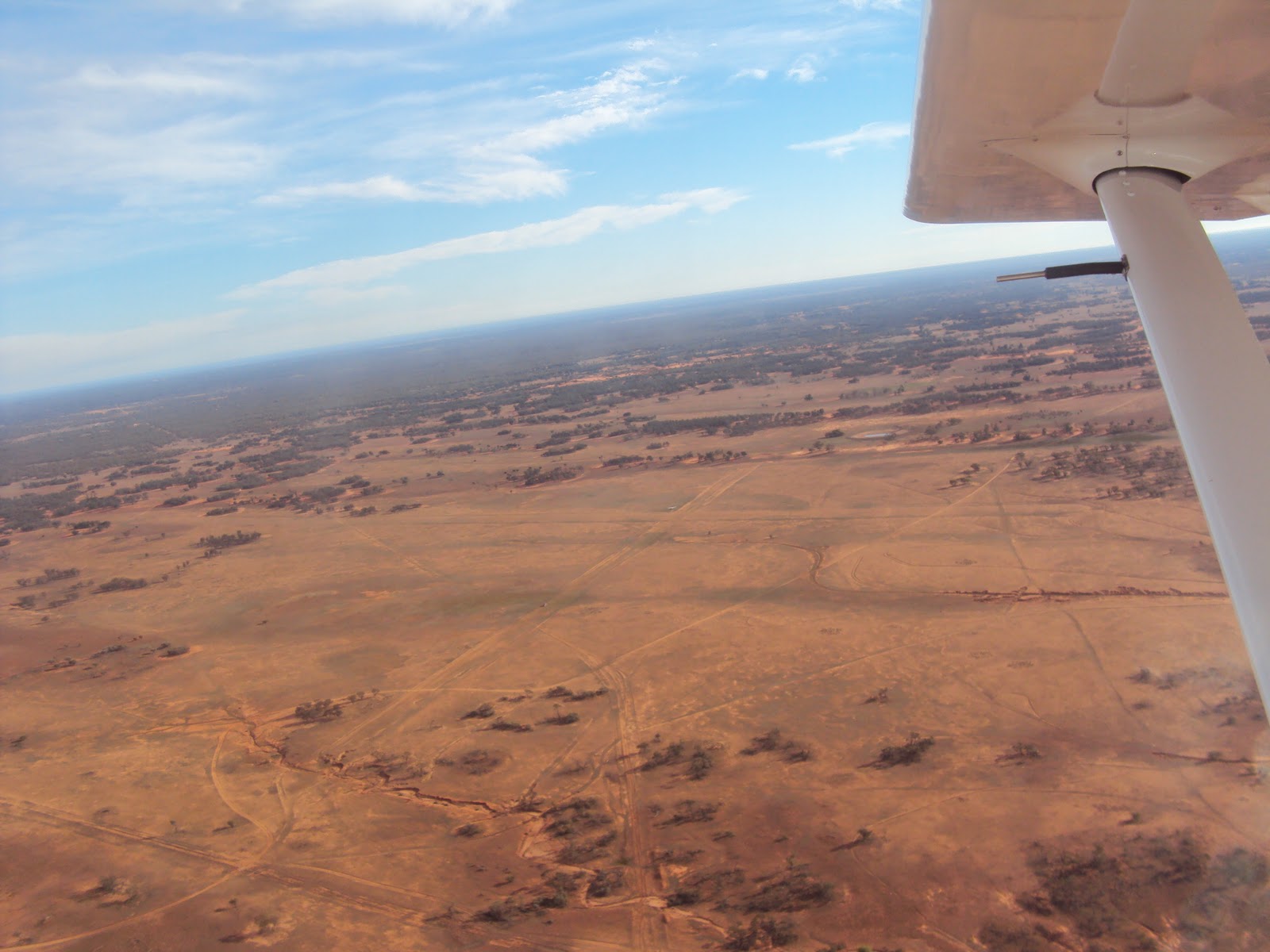 The airstrip where Brian and I got stuck, not much around.

Luck was going my way and the station owner had seen us land and came to have a chat. As with all country hospitality, he gave us a lift back to his home so we could use the phone. I managed to find a mechanic who could fly out and fix the problem which turned out to be some muck in the float chamber stopping the carburetor from working properly.

By this time it was too late to fly out so the station owner Mark and his very hospitable family put myself and Brian my passenger up for the night. The next day didn’t start off too well, as the night was so cold the plane was covered in ice so all we could do was wait until the sun came up and melt it off.

In the mean time, I was slowly getting hypothermia. After scraping the ice off, and having to jump start the plane due to a flat battery, we finally got off the ground and headed back home. 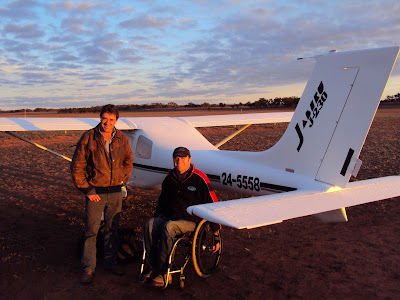 Mark and myself before flying back home.

At least we had a great sunrise. Mark and his family were very generous in what they did to help us out.
That experience was very valuable and it really taught me a lot. You always need communication! I had my PLB (Personal Locator Beacon), but I couldn’t talk to any one. If Mark had’t of come by it could of been a different situation.

So for the Central Australia Training Flight I am now the proud owner of a satellite phone. I found a Inmarsat IsatPhone satellite phone that is really cheap to buy $639, and the call costs are very reasonable compared to other providers. If your interested look at satellitephonesonline.com.au.

Now if something happens – and its not life threatening – I can at least call someone to get assistance if I need it, instead of having to activate my PLB getting Emergency Services to help. Also the satphone will give me peace of mind when I fly over the deserts.